The decades-long huge disparity of cut-off marks for students in the Northern and Southern regions to secure admission into Federal Government schools in Nigeria has continued to deny more willing and better qualified students from securing admission, thereby hindering them from furthering their education.

To address the matter, Justice John Tsoho of the Federal High Court in Lagos had in a landmark judgment in June, ordered the Nigerian Government to apply a uniform cut-off mark to all candidates seeking admission into Federal Government Colleges, otherwise known as Unity Schools, irrespective of their states of origin. The judge, in his ruling, declared unconstitutional the state-based admission inequality in Federal Government colleges.

The suit filed against the FG and the Minister of Education, Adamu Adamu was instituted by human rights lawyer and former President of the Nigerian Bar Association, NBA, Mr Olisa Agbakoba, SAN, as he challenged the different cut-off marks for different states, based on candidates’ gender and their states of origin.

The lawyer argued that the decision of the defendants violated the candidates’ fundamental rights to freedom from discrimination guaranteed by Section 42(1) of the 1999 Constitution. He also argued that Section 42 of the 1999 Constitution prohibited administrative or executive actions by the government that discriminates between Nigerians on grounds of ethnicity, gender, religion and place of origin.

Agbakoba had asked the court to declare that the administrative act of the respondents, particularly the Minister of Education, which prescribes and applies different requirements including cut-off marks for candidates seeking admission into Federal Government colleges, based on gender, ethnicity, states of origin, among others, was discriminatory against applicant’s grandchildren and the group or class they represent, on grounds of ethnicity, states of origin, gender, etc. and therefore violates Section 42(1) of 1999 Constitution.

But in a blatant disregard of court order about a month later, the FG still endorsed the inequality in the cut-off marks for admission into the country’s unity schools after it announced in July, the results of the 2022 National Common Entrance Examination (NCEE) to the 110 Federal Government Colleges across the country also known as Unity Schools.

Making the announcement of the results, Adamu disclosed that children from certain states, known as disadvantaged states, were given higher cut-off marks compared to some other states. According to him, both male and female candidates from Southern states such as Abia State were required to score 130, Anambra State -139, Delta State -131, Enugu State -134, Imo State -138, Lagos State -133, and Ogun State -131 before they can secure admission.

However, low cut-off marks to secure admission into unity school was given to the North in the excuse of being an educationally disadvantaged region. The inequality in the region is far worse, even to the point of gender inequality, which to a very large extent, has discouraged female education, and aggressively raped, almost to comatose, the girl child education in the region.

It is believed that the system was meant to encourage the educationally disadvantaged state in the Northern part of the country. Experts are however unrelenting in the lambasting of the policy which they say was promulgated in favour of the region, describing the system as mediocrity and an exercise in disguise to have the upper hand in the running of affairs of the country.

In a chat with Information Nigeria, Chairman, BOT at International Society for Civil Liberties and the Rule of Law, Emeka Umeagbalasi is of the view that the disparity and ultimately the quota system, is part of the structural destruction inherent in the country which shouldn’t be, considering the level of enlightenment in the world, and the easy access to educational tools with the help of information technology.

“Today, if you want to conduct any research, you can do that once you have data. In a twinkle of an eye, you have downloaded information about certain developments anywhere in the world but it is so unfortunate that when all these things are available, the Nigerian government keeps bringing the country backward. The essence of education is for the purpose of training captains of industries and leaders of tomorrow to drive the wheels of development.

“If a student school library is well-equipped, has access to internet, why can’t the student do well? Even if such student is transferred from the north to the South, the student will still do well. If you are unable to prepare enough grounds for students and you continuously degrade them, bastardise their education and thinking you are doing them any good, you are not doing them any good. They are forcing students in the south to work harder while somebody is required to score 20 marks in the north, how do you expect such person to read?” Mr Umeagbalasi noted.

Insisting that the system was targeted at encouraging mediocrity in the education, he downplayed the pathetic excuse of the tag “disadvantaged states”, saying it has no meaning in education.

He said: “you have some people who are from the North who graduated from the best schools in the world. Are you telling me that a northerner that attended University of Glascow, Harvard University or George Washington University, was given the admission using this quota system? The answer is No. Somebody who is brilliant will be brilliant, somebody who has dull brain will have dull brain. The government is killing the quality of education and the future of those children. It’s a matter of laying the right foundation for them by employing the right teachers and providing them facilities,” he further added. 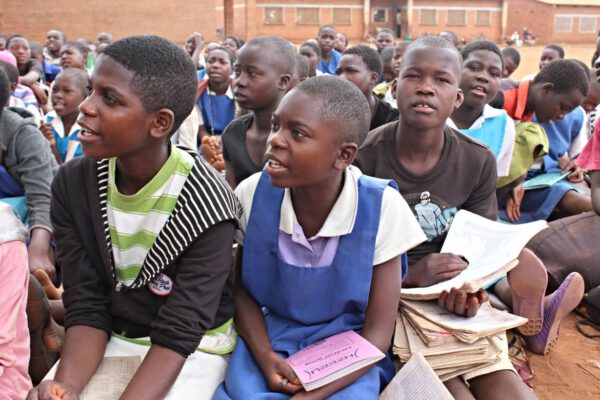 In another opinion, a Dean of Studies at Adeniran Ogunsanya College of Education, Dr Okedeyi, in his own submission to Information Nigeria, described as unfortunate the situation where some schools in some northern states admit students at all costs by admitting people that score as low as 10 and below while students in the south that score as high as 180 are denied admission.

Dr Okedeyi attributed the garbage in garbage out leadership in the country to the practice of this system in the education sector.” He said: “You give admission to a student that scores 2 out of 300 marks, package him to cross through the secondary education level and he still crosses the university, at the end of the day, such students will be employed to the most lucrative parastatals in the country, simply because he is from a northern state and this is what is bringing our education down. A student that was admitted with such very low mark, finds his way into the university, what miracle do you expect the lecturer or the university system to do to bring such student up?”

To address the inequality, the educationist preferred for a return to regional system of government where each region controls its educational policy. In his explanation, he said: “Between 1960 and 1966 when we were operating a regional government, although the north is backward in education, they were moving at their own pace. If they had sustained that regional system of government, by now, they would have caught up with other regions in terms of education, but because they have the power, that’s why we are where we are. Let each region grow with its own potentials. The National Assembly with their constitution review, should do a proper restructuring which doesn’t mean that we have to break up.”

Furthermore, he wondered if the universities in the country have the capacity to admit the meagre 14 percent of JAMB applicant who passed the exam while adding that “the result from the north is understandable. How many of them are in school? The Almajeri are there, while those who are going to school are being kidnapped every day, so how do you expect them to perform? How do you expect education to thrive in that region?”