FAKE NEWS: Kidnappers Of Greenfield Students Yet To Be Arrested

Claim: On Wednesday, June 9, 2021, a trending image of crime suspects with cash pile of money and rifles being paraded by the police surfaced on social media and was touted as pictures of kidnappers that abducted Greenfield University students, and ransom they collected for release of the students.

The picture claimed the kidnappers of the abducted students have been arrested. This claim is false.

Source: The images which were shared on the Facebook page of a popular Nigerian pastor, Dr. Sunday Adelaja, has since been shared by over 381 Facebook users. In his post, the Pastor said, “Hello my fellow compatriots, Let’s give a shout out to our Nigerian army and police officers. Kidnappers of Greenfield university students caught with the ransom they collected. Respect to our officers! Let’s hope they keep it up to reach all parts of the country. This evil of kidnapping and banditry must be eliminated from our society. For The Love Of God, Church And Nation, DSA.” 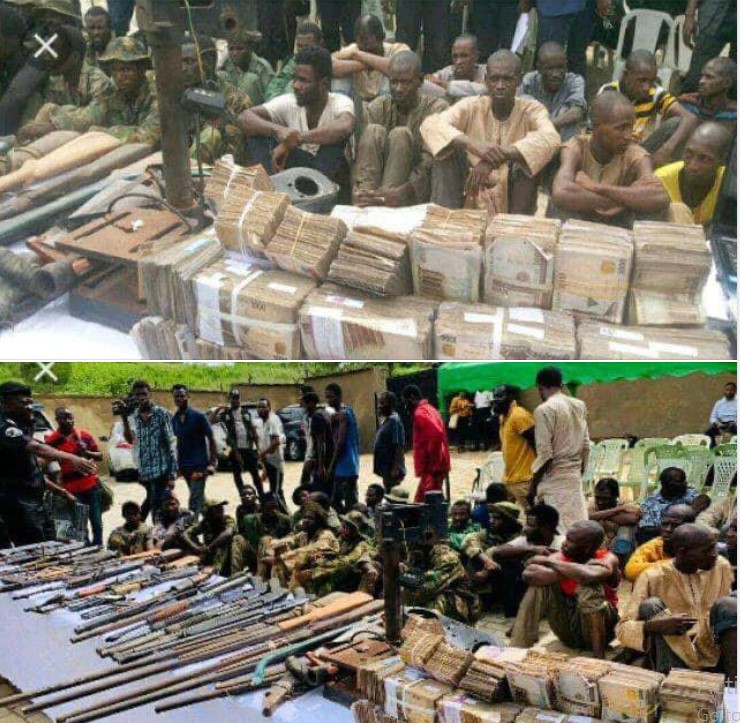 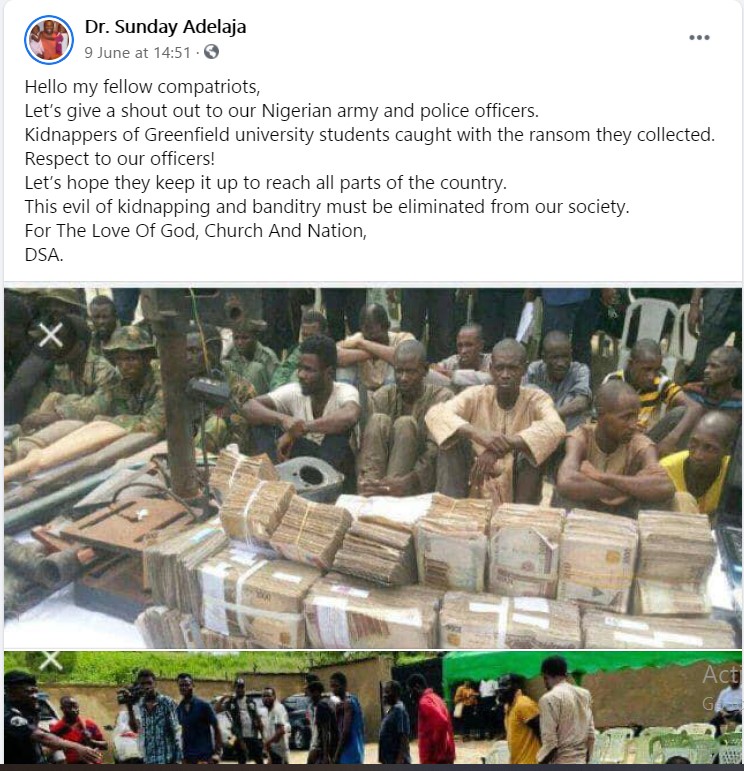 Backstory: On Tuesday, April 20, armed men abducted 20 students and two staff of Greenfield University in Kaduna State. Five of the students were killed while one was released. The kidnappers further threatened to kill the remaining students in their captivity if the state government refused to pay ransom.

However, on Saturday, May 29, 14 students and two staff were freed along the Kaduna-Abuja highway. It is not clear if a ransom was paid to secure their release, but the Kaduna State government had adopted a policy of not negotiating with kidnappers, saying it “encourages more kidnappings”.

Verification: A google reverse image of the trending pictures show the images circulated are from a scene where suspected kidnappers of a Sokoto businessman, Alhaji Tuku Zubairu, were being paraded at a press conference in Abuja, Nigeria’s capital. The police had recovered N10.1 million and eight riffles from the kidnappers.

Below is a video of the parade.

Kidnappers still on the run

Kaduna state commissioner for internal security and home affairs, Samuel Aruwan in his Facebook post on 9 June, 2021 refuted claims that the kidnappers of Greenfield students have been arrested. He said, “Arrest of Greenfield University Students’ Abductors Not Confirmed.

“I have been inundated with calls, messages, and emails to confirm if the bandits responsible for the kidnapping of the Greenfield University’s students have been arrested.

“While it is our desire to see this happen by the grace of God, I cannot confirm the story making the rounds, and I have not received any information related to this from security agencies.” 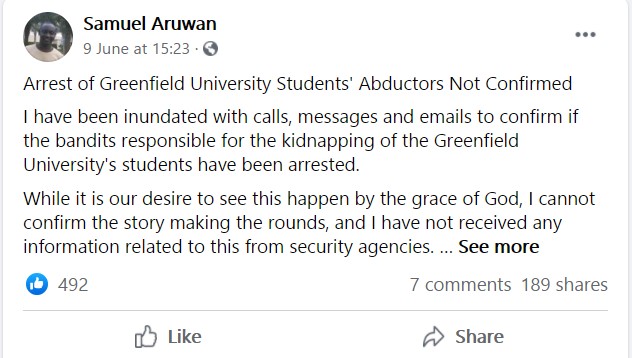 Conclusion: The claims that the kidnappers of Greenfield Univerisity students have been arrested is fake news. The images circulating on social media is that of arrested abductors of a businessman in 2019.

Three crushed to death as truck rams into...

Fire destroys goods worth millions of naira in...