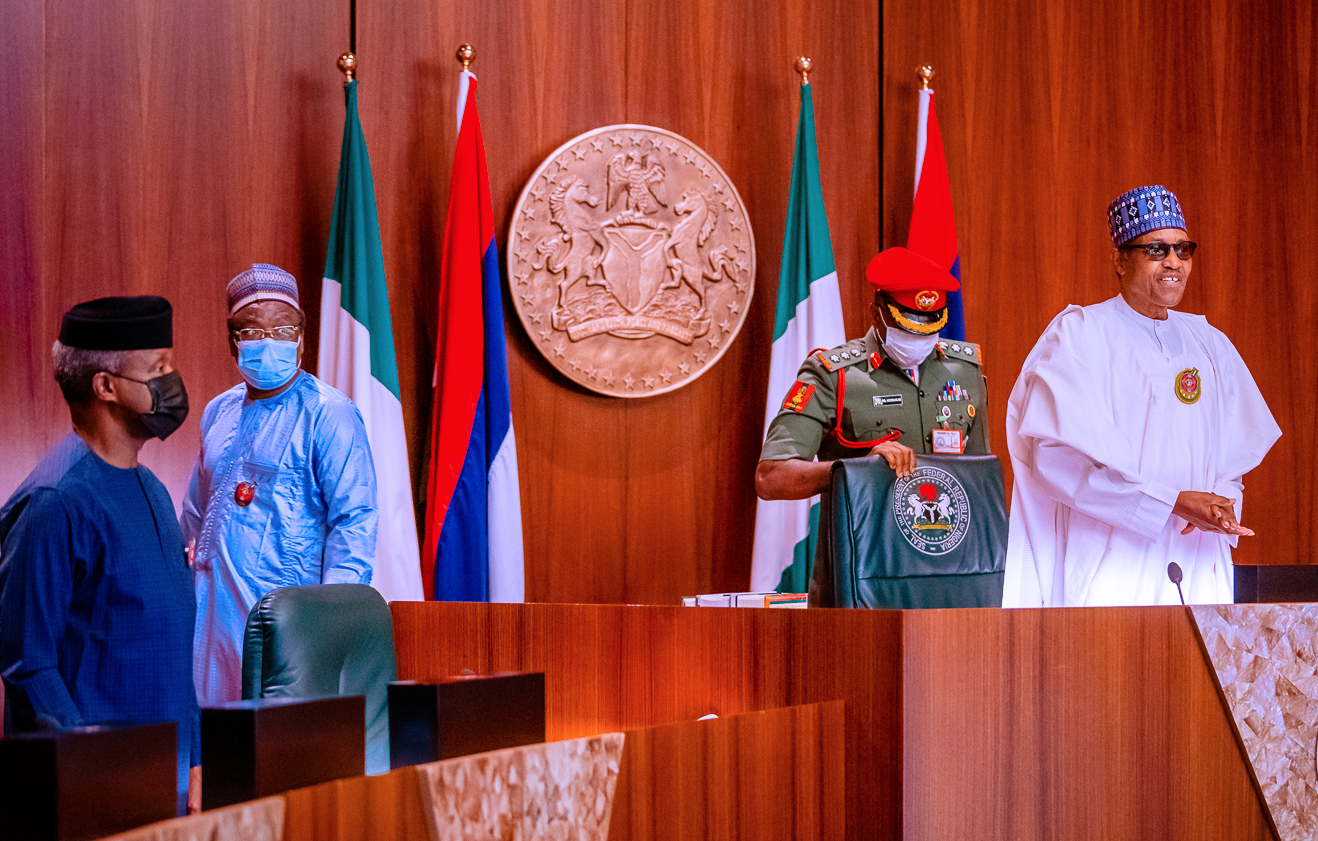 ON Wednesday morning, Cable News Network (CNN), the globally respected American TV channel, screened a bombshell report, based on a meticulous investigation conducted by its journalists.

The horrifying mini-documentary, which has gone viral online, credibly contradicted the Federal Government of Nigeria’s (FGN) insistence that no #ENDSARS protester was murdered by trigger-happy soldiers at the Lekki Toll Gate in Lagos on October 20.

CNN’s account of what really happened on that fateful night matches the harrowing tale that has been told, both locally and internationally, by Switch, a young DJ who was at the scene of the crime and has been demonized as a dangerous liar by the authorities.

The Minister of Information and Culture, Alhaji Lai Mohammed, has expressed the views a) that CNN should be sanctioned for peddling highly irresponsible “fake news”…and b) that DJ Switch would, if sincere, appear before Lagos State’s Judicial Panel of Enquiry (which is allegedly trying its best to get to unravel truth from fiction)…

…instead of “spreading falsehoods” in foreign and domestic fora that aren’t recognised by the Federal Government.

Lai Mohammed says that there was no massacre at Lekki and that he is satisfied by the roles played by army and police officers.

I really wish I could avoid commenting on this sad situation because I am very fond of Lai Mohammed and regard him as a senior friend.

I was kidnapped in Port Harcourt in 2015 and fled to Abuja to lick my wounds, shortly after my family paid a ransom that liberated me from 2 utterly traumatic weeks of captivity in a mangrove swamp.

Lai Mohammed was the first person to visit me when I limped into Abuja, trembling, barely able to focus mentally and bearing scars from beatings inflicted by my captors; and he was so very kind.

But a point comes at which friendship should not be allowed to interfere with conscience; and I feel morally obliged to criticise Lai’s recent utterances and his government’s handling of the Lekki debacle in particular and the #ENDSARS drama in general.

A Minister of Information has a professional and political duty to defend the administration he was appointed to serve. But if I were in Lai’s shoes, I would rather resign than defend the indefensible.

I used to have a handful of pals who worked for CNN. But my pals have all retired or moved on to other TV stations. And I don’t know a single individual who is on CNN’s payroll at the moment.

But I am an ex-BBC journalist myself, which means that I am very familiar with the values that underpin the operations of the main European and American multinational media outlets.

And I think that I can confidently declare that CNN is serious about integrity, that CNN has no personal axe to grind against President Buhari or his subordinates, that CNN is only interested in providing its viewers with accurate information and that the CNN film footage depicting blood-soaked bodies and live bullets was NOT doctored.

While FGN spokesmen swear that CNN is mendacious, I and many, many other onlookers watch with mounting sorrow and anger as the Naija authorities carry on like dictators rather than democrats.

#ENDSARS activists are being treated like terrorists. Their bank accounts have been frozen. They fear for their lives.

The status quo is an absolute disgrace and the FGN has two options: It can continue to carry on like a vicious bull in a China shop and possibly wind up injuring itself beyond repair…OR stop, take a deep breath, admit to having made some terrible mistakes, apologise and build a healthy relationship with a populace that is largely hostile.

Most Nigerians just want leaders who believe in justice, who genuinely care about their welfare, who aren’t suffocatingly greedy, who aren’t sadistic and who possess the competence to enable this country to fulfil its potential and provide them with bright futures.

JERRY John (JJ) Rawlings,the former President of Ghana, passed away last week and will always be a controversial and divisive figure.

Some adored him to the point of giving him the almost blasphemous nickname – based on his initials – of “Junior Jesus”.

Others bitterly describe him as an evil killer who assassinated his predecessors, judges, journalists, etc.

“Former President J.J. Rawlings is dead!…When he was alive people often asked me how I felt about him. My response, nothing and it’s true, because if I had spent my life hating him for having killed my father, what a wasted life that would have been.

Now he’s dead, and somehow I feel robbed, cheated because unlike my father, Rawlings’ death was too easy, too comfortable probably.

Death by firing squad, that’s how my father died, when I was just 6 years old. At the time I didn’t understand, but as I grew up, it started to become clearer, I had no one to call father.

Now I think, his children and I are the same fatherless! But at least they grew up knowing their father, they grew up being provided for and protected by their father. So no we are not the same. Rawlings took my father away from me by firing squad, leaving me with no father to provide for me or protect me.

Rawlings is dead and I feel cheated. If there is an afterlife where you meet those who have gone before, I wonder what Rawlings will say to my father, who showed him kindness, and all the others he killed so ruthlessly.

In this life, Rawlings never acknowledged the pain he caused so many of us, never said sorry for our loss or showed remorse. Nothing! So Rawlings is dead, to me his death was too easy, too comfortable, unlike the death he gave my father and countless others.

Aside from this I feel nothing about the man, except pity for his children who now know the pain of losing a father. Thank you to all those reaching out to me at this moment.”

Nigerian radicals sometimes say that the only way to clear the rot out of our system – and ensure that our nation survives and thrives – is to do what Rawlings did…and kill a whole bunch of corrupt government officials and government cronies.

Nana Serwaa’s heartfelt comment reminds us that there is a human angle and that no man is a toxic unpatriotic thief to his loved ones.

The post CNN versus FGN appeared first on Vanguard News.

Why the scramble for NEXIT is not surprising

The alleged mismanagement of N54b loan | The...

Uyo books a place in history | The...

Challenges of the proposed e-naira | The Guardian...

The cross Babangida still carries at 80 (3)