No fewer than two persons have been arrested for illegally sewing uniform of Oyo State Security Network Agency also known as Amotekun.

DAILY POST gathered that the two people, a man and a woman were arrested on Saturday.

They were arrested around Felele area of Ibadan, the state capital.

Our correspondent learnt that the two people were arrested after information reached the agency that some people were sewing uniform of the agency.

Items caught with the suspects included cap, trouser and crested vest of the agency.

DAILY POST recalls that Amotekun is a new security outfit that was set up by Governors in the South West Nigeria in order to tackle kidnapping, banditry and other organized crimes in the region.

Our correspondent gathered that Amotekun has arrested some suspected criminals and handed them over to the police since it started its operation in Oyo state last year.

Commandant of Amotekun in Oyo state, Col. Olayinka Olayanju (rtd) confirmed the arrest of the two suspects on Saturday during a phone-in radio program, “Political Circuit on Fresh FM Ibadan.

Olayanju added that the two suspects were arrested around Felele area of Ibadan.

He said, “Two people have been arrested for sewing Amotekun uniform.

Olayanju added that the suspects have been handed over to police at Yemetu.

“We heard these people were sowing and selling the fake Amotekun uniform to some people particularly at Lagelu area and we are presently at the area to uncover the truth.

“Our fear is that if the uniforms get to the wrong hands and they use them to commit crimes, people will believe it’s handiwork of real Amotekun personnel, we are really afraid of this development because bad news spread quickly than good news.” 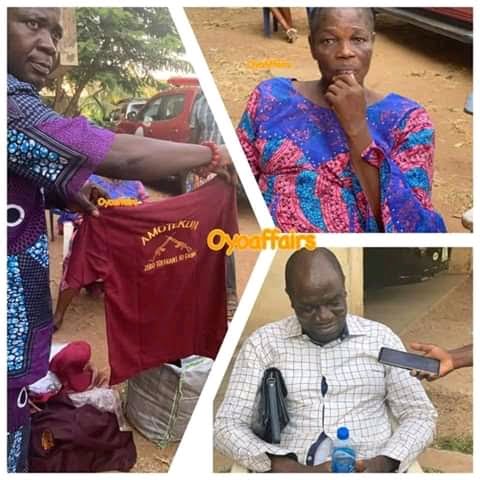