Governor Okezie lkpeazu of Abia State has commended the Federal Government for her commitment and dedication towards addressing the huge infrastructural gap in the road network sector across the country.

Governor Ikpeazu, who made the commendation during the commissioning and handover of a 2.1 kilometre road constructed by the Federal Ministry of Works and Housing as part of Federal Government intervention of Internal roads for the National Institute of Nigeria NINLAN, Aba, lauded the uncommon will of the President Mohammed Buhari-led Government to facilitate the resolution of Internal road inadequacy matters with a view to enhancing the road network aesthetics of the institute.

The Abia Governor represented by his Deputy, Rt. Hon Ude Oko Chukwu, called the attention of the Federal Government to urgently expedite action on the slow pace of work on the bad road networks such as the Opobo Azumini road, Aba-Port Harcourt Express way around Ariaria area and Umuahia lkot Ekpene Highway as these roads are very critical to the economic development of the State for the common good of all.

He disclosed that the state government has continued to address the road infrastructural deficit in the State since assumption of office has embarked on the construction and rehabilitation of many critical and strategic roads in the State as part of her efforts to restore the glory of Aba and other cities as many of these roads have been successfully completed with rigid cement technology and put into use while others are ongoing. 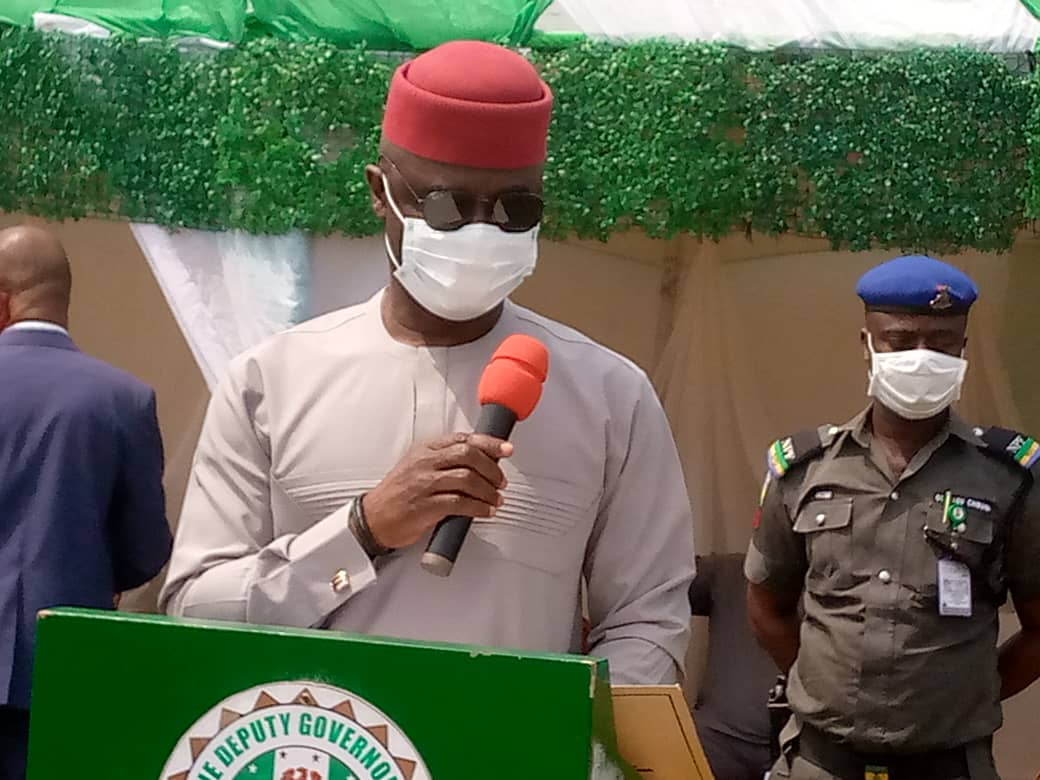 In his address, the Minister of Works and Housing, Babatunde Fashola represented by the Federal Controller Federal Ministry of Works, Abia State, Mr. B U Obioha disclosed that the President Mohammed Buhari’s led Government has performed creditably in all facets of the nation’s economy especially in bridging the infrastructural needs of Nigerians by the gradual process of repairs, renewal and construction of major highways, adding that there are over twenty-nine completed intervention projects with seventeen already handed over in 2020.

Presenting his address, the Executive Director of NINLAN, Prof Obiajulu Emejulu, who described the road intervention as unprecedented, said it has raised the profile of their 28 year Institute. 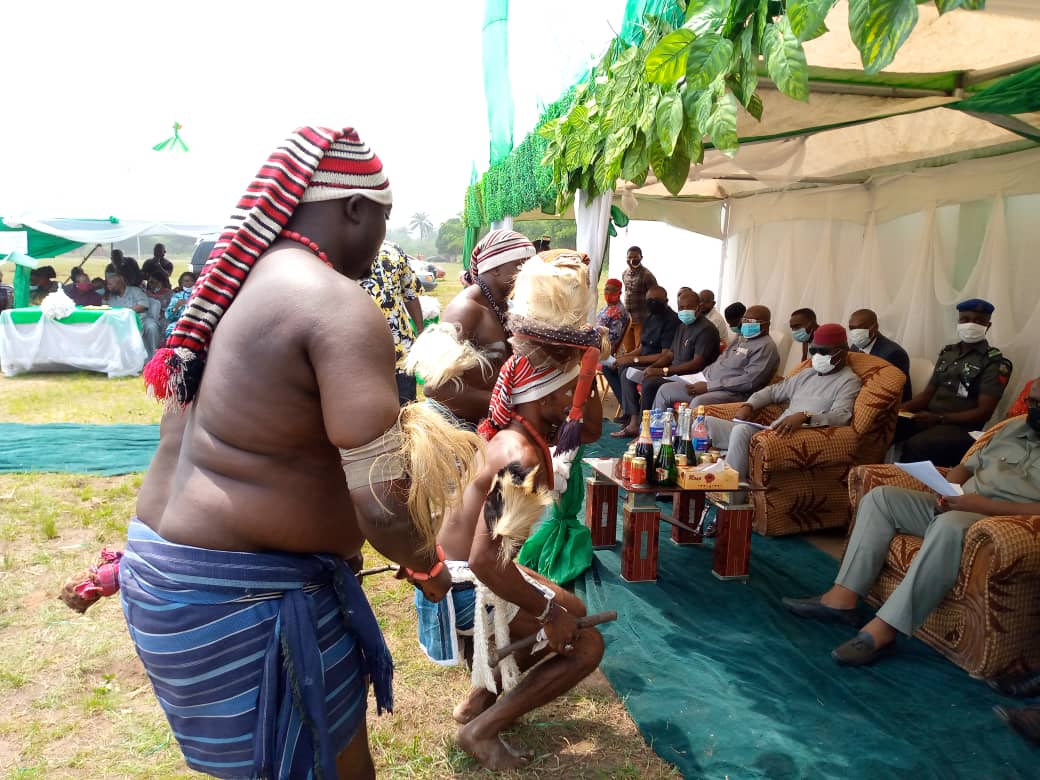 He appreciated Governor Okezie lkpeazu for recently approving a big expanse of land for their Institute’s co-operative Society for the Federal Govt funded cooperatives Mass Housing Scheme and prayed that the commissioning will usher in more favours for the Institute.

DAILY POST reports that the event which featured the conferment of chieftaincy title of Ekwueme 1 of Akumaimo Ancient Kingdom on the Minister of Works and Housing, Babatunde Fashola by the Traditional Ruler of Akumaimo Ancient Kingdom, Eze Wilson Onwunali, attracted the presence of the Deputy Chief of Staff Office of the Deputy Governor, Chief Don Ubani, the Chairman of Obingwa LGA, Mr Michael lbeh and his lsiala Ngwa South counterpart Chief lyke Anyatonwu, Traditional Rulers and stakeholders in the education sector. 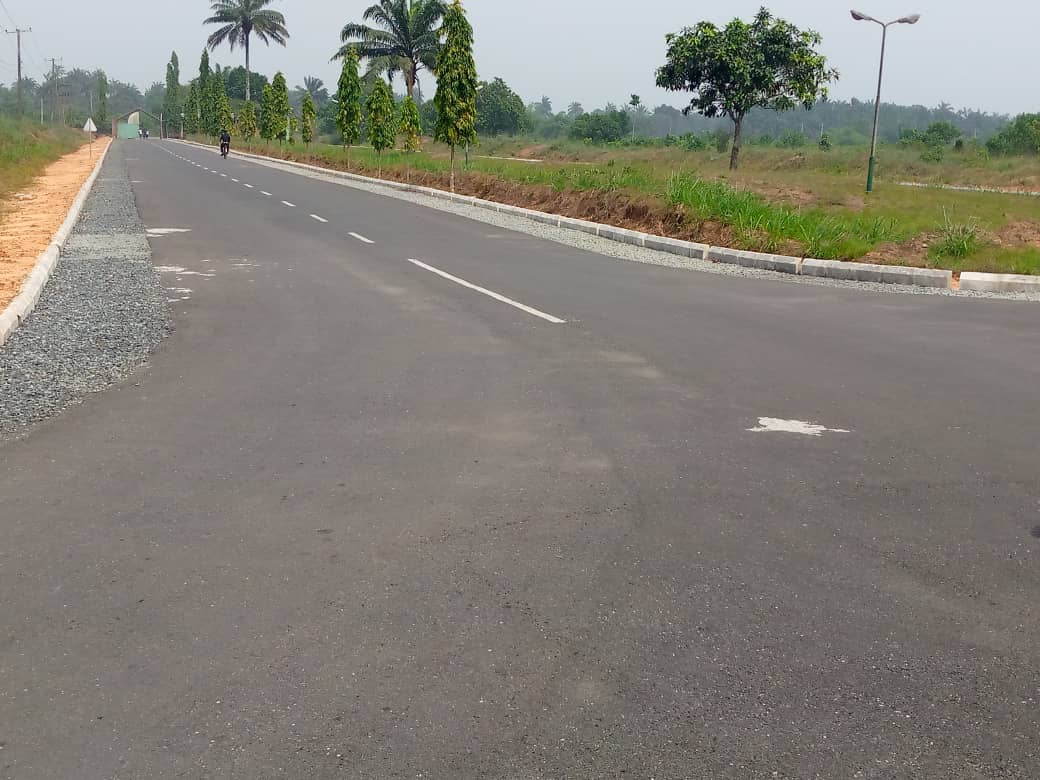 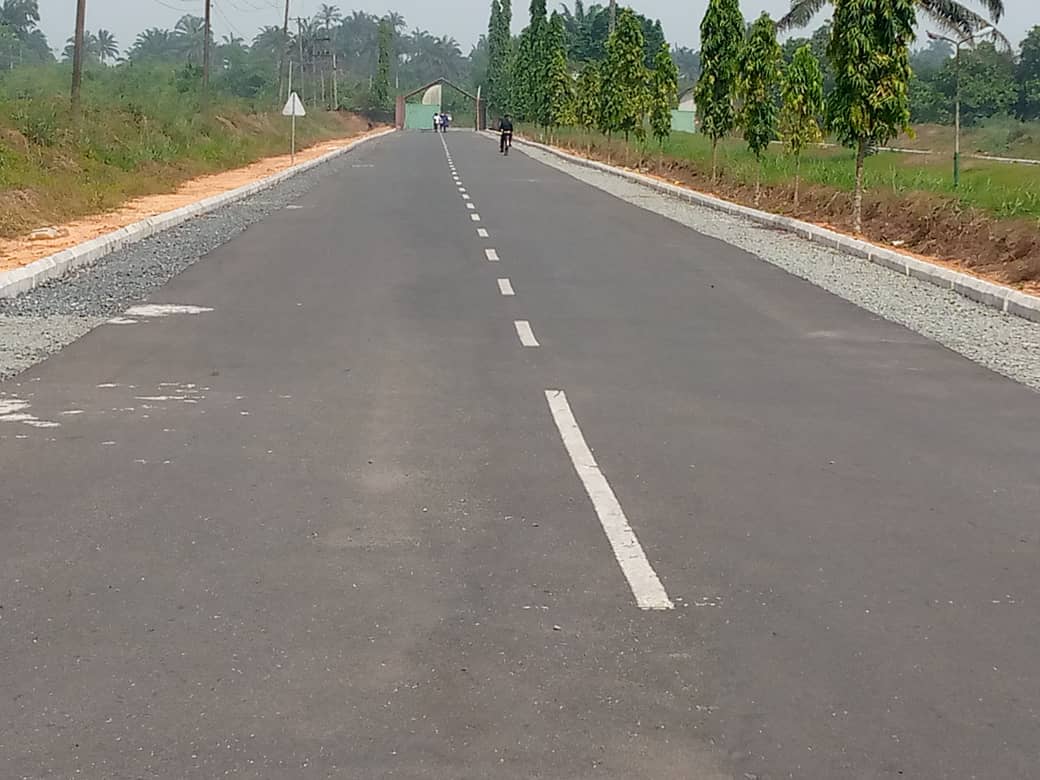 APC playing games with Nigerians in fight against insecurity – Wike

Bandits: Return Nigeria to how you met it...